Home
Market
U.S. labor board approves McDonald's bid to settle case by franchise workers
Prev Article Next Article
This post was originally published on this sitehttps://i-invdn-com.akamaized.net/trkd-images/LYNXMPEFBB23S_L.jpg 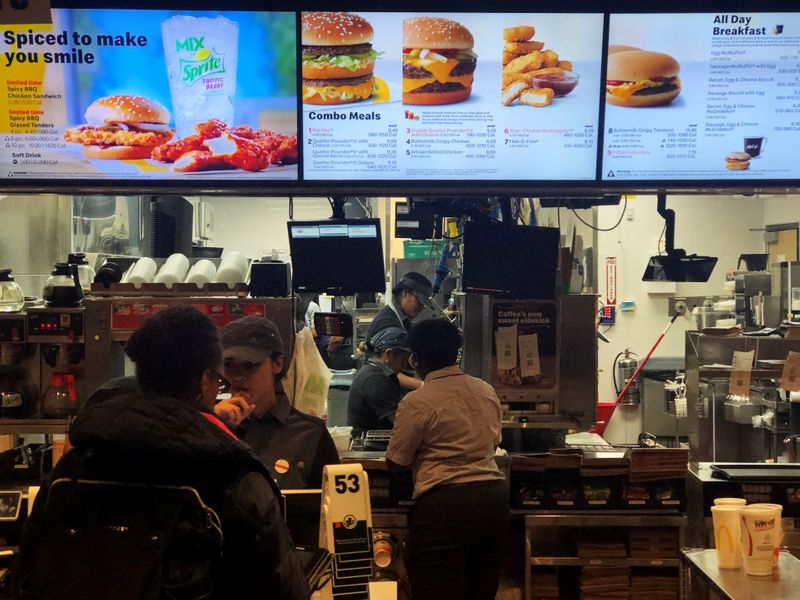 (Reuters) – A U.S. labor board on Thursday approved McDonald’s Corp’s (N:) proposed settlement allowing the fast-food company to avoid a ruling on whether it is a “joint employer” of franchise workers and could be made to bargain with unions.

The National Labor Relations Board said the settlement, which will bring an end to a sprawling case first brought in 2012, was fair and would provide “a full remedy” to workers who claimed they were disciplined or fired for advocating for better working conditions.

The workers who brought the case, along with union-backed organizing group Fight for $15, claimed McDonald’s disciplined or fired them for participating in nationwide strikes and protests calling for higher wages.

The group, now known as Fight for $15 and a Union, said in a statement that it planned to appeal the decision.

“McDonald’s is walking away with a get-out-of-jail-free card after illegally retaliating against low-paid workers who were fighting to be paid enough to feed their families,” the group said.

Illinois-based McDonald’s said in a statement it was pleased with the decision which “allows our franchisees and their employees to move forward, and resolves all matters without any admission of wrongdoing.”

Fight for $15 said the NLRB decision may be invalid because board member William Emanuel, an appointee of President Donald Trump, took part despite his past work at a law firm that advised McDonald’s on some of the practices at issue in the case.

McDonald’s in the settlement proposed paying between $20 and $50,000 to individual workers. But an NLRB judge last year agreed with Fight for $15 that the proposal was inadequate and lacked important details.

The NLRB in a 2-1 decision on Thursday said the settlement was reasonable and would allow both sides to avoid more costly litigation in the case.

Business groups have said that a ruling that McDonald’s was a joint employer could upend the franchising model by making franchisors more vulnerable to lawsuits and requiring them to bargain with unions representing franchise workers. The NLRB earlier this year proposed a rule that would make it more difficult to prove that companies are joint employers.

The International Franchise Association praised Thursday’s decision, saying it brings an end to years of uncertainty for franchise businesses.