Home
Market
Putin to Belarus: No gas discount before union state is advanced
Prev Article Next Article
This post was originally published on this sitehttps://i-invdn-com.akamaized.net/trkd-images/LYNXMPEFBI1MC_L.jpg 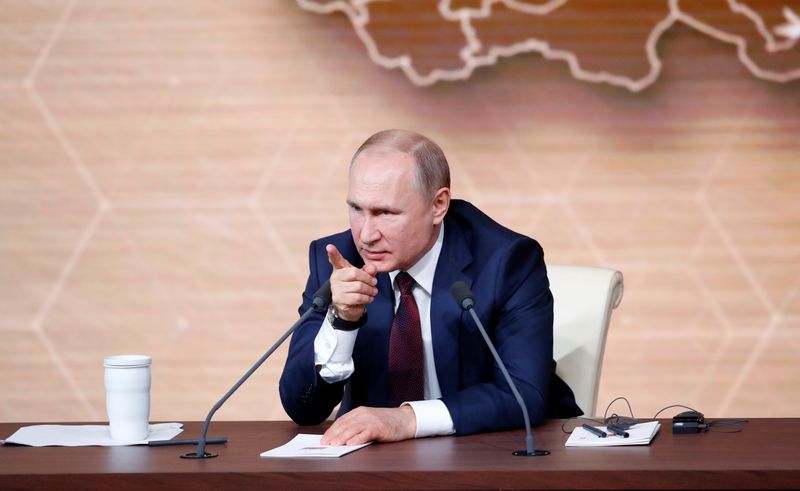 MOSCOW (Reuters) – Russia’s Vladimir Putin said he saw no point in providing Belarus with a gas discount until a project to create deeper ties between the two states advanced, ratcheting up pressure on his Belarusian counterpart who has complained of bullying from Moscow.

Putin is due to meet Belarusian President Alexander Lukashenko in St Petersburg on Friday.

Russia has helped prop Lukashenko over the past 25 years with loans and energy subsidies, but Moscow started to scale back this help last year, prompting Lukashenko to accuse Russia of trying to bully his much smaller country into a union.

Russia and Belarus have been discussing deeper integration, or a ‘union state’, for around two decades, but have failed to agree on key points, including a united currency.

The leaders discussed ‘prospects for deepening integration as part of a union state’ in the Russian Black Sea resort of Sochi on Dec 7.

Putin, speaking at his annual news conference on Thursday, said that little had been done so far.

“Decisions which were made at the time related to a build up of the union state. At best, the key decisions were not implemented. Simply speaking, 90% has not been done,” he said.

Belarus has long complained about the gas price it gets from Russia, saying Minsk should be paying the same as the neighboring Russian region of Smolensk given that the countries are trying to set up a union state.

The Belarusian government also says it stands to lose hundreds of millions of dollars a year from changes to Russian tax policy and wants compensation. Russia says the subsidies it pays to Belarus cost its exchequer billions of dollars.

“It would be a mistake to start subsidizing Belarus (more) given the unresolved issue of the union state’s build up,” Putin said.

Putin’s current term ends in 2024 when the constitution requires him to leave the Kremlin. However, some critics have speculated he could try to bypass the constitutional limit on serving more than two consecutive terms and retain power by becoming head of a unified Russian and Belarusian state.

The Kremlin denies this.