Home
Stocks
In One Chart: This chart shows the new jobs are in low-paying fields — and that’s not necessarily bad news
Prev Article Next Article
This post was originally published on this site 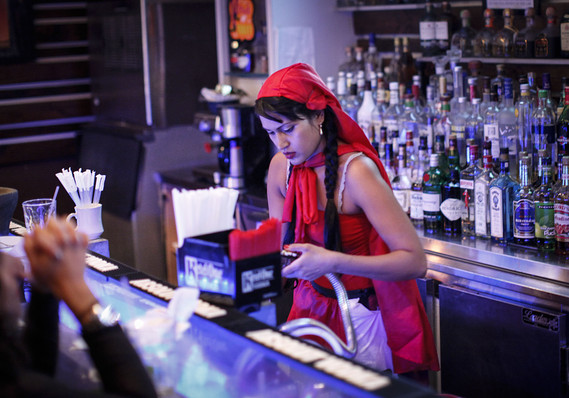 One of the hottest areas of jobs growth was in the restaurant sector.

One of the economist reactions to the December employment report was that while jobs growth was solid, wage growth wasn’t great.

“Yikes” tweeted one economist, as another said the 2.9% year-over-year wage growth for private-sector workers was “incredibly disappointing.” Average wage growth hasn’t exceeded 3.4% since the end of the Great Recession.

One reason for the slow growth in average pay is the types of new jobs being created.

This chart, from the Bureau of Labor Statistics, shows that most of the new jobs being created — represented by the circles on the right side — are in fields that pay below-average weekly earnings (the circles closest to the bottom). 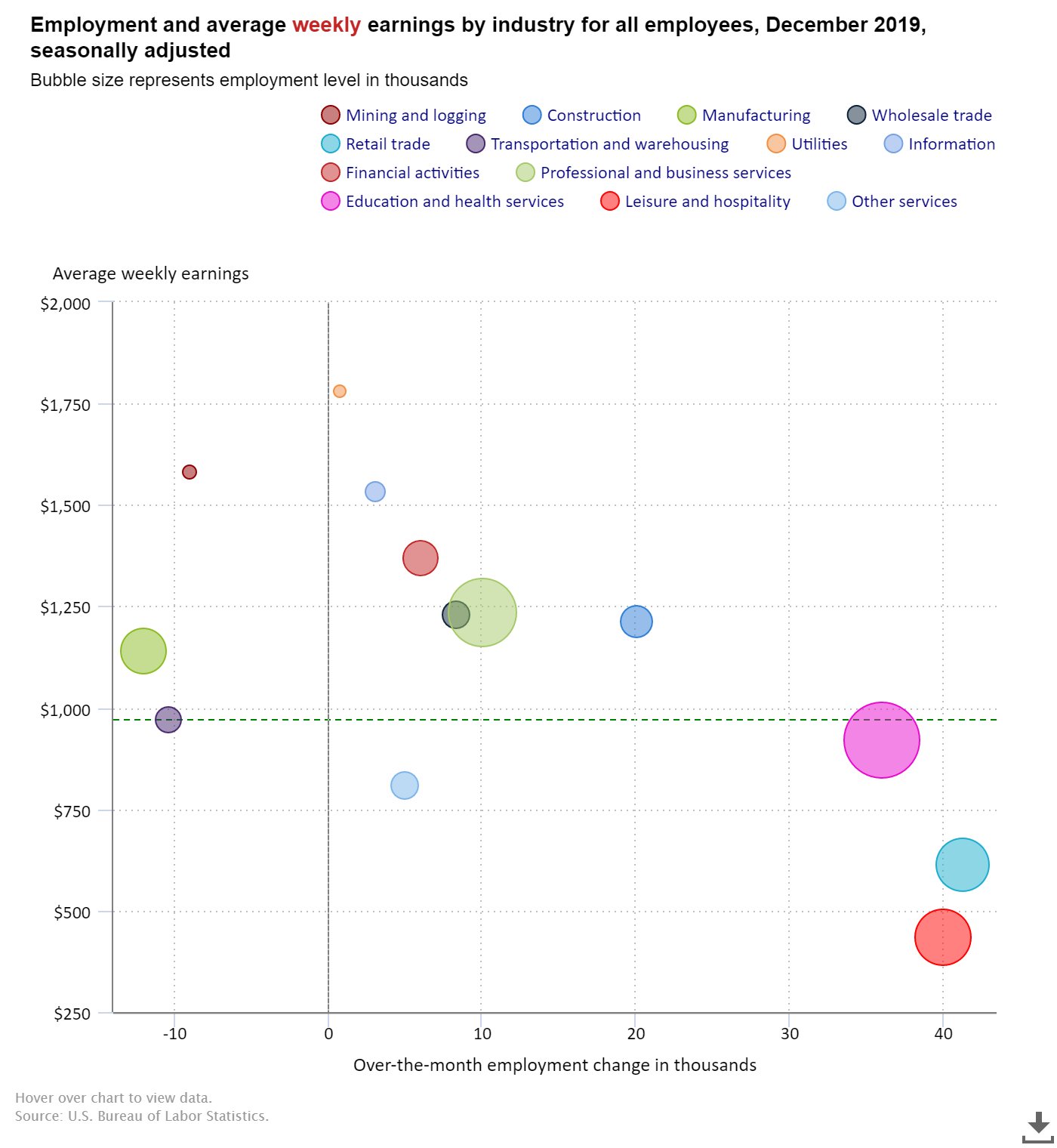 The preponderance of bubbles in the lower right of the chart shows that the industries creating the most jobs in December — such as retail, leisure and hospitality, and education and health services — pay lower-than-average hourly wages on average.

Actual pay for new entrants isn’t measured by the government, but it stands to reason that they’re low paying. The U.S. labor market has been attracting workers who were not previously in the labor force, meaning they are not up-to-date on the latest skills. The first step to getting a good job is getting, well, a bad one.

That lower-skilled workers are getting jobs is shown in another stat, as the unemployment rate for those without a high-school degree has fallen to 5.2% from as much as 15.8% in 2010, and 5.8% last year.

The fact that jobs are being created in low-paying positions is probably a sign that, even at a 3.5% unemployment rate, the U.S. labor market still has slack in it. That’s a sign the Federal Reserve can continue to keep interest rates low without worrying about inflation perking up.

“The deceleration in wage growth paired with more people coming off the sidelines and job gains staying above the break-even rate suggests that, despite the historically low unemployment rate, there could be more labor market slack yet,” said economists at BNP Paribas.