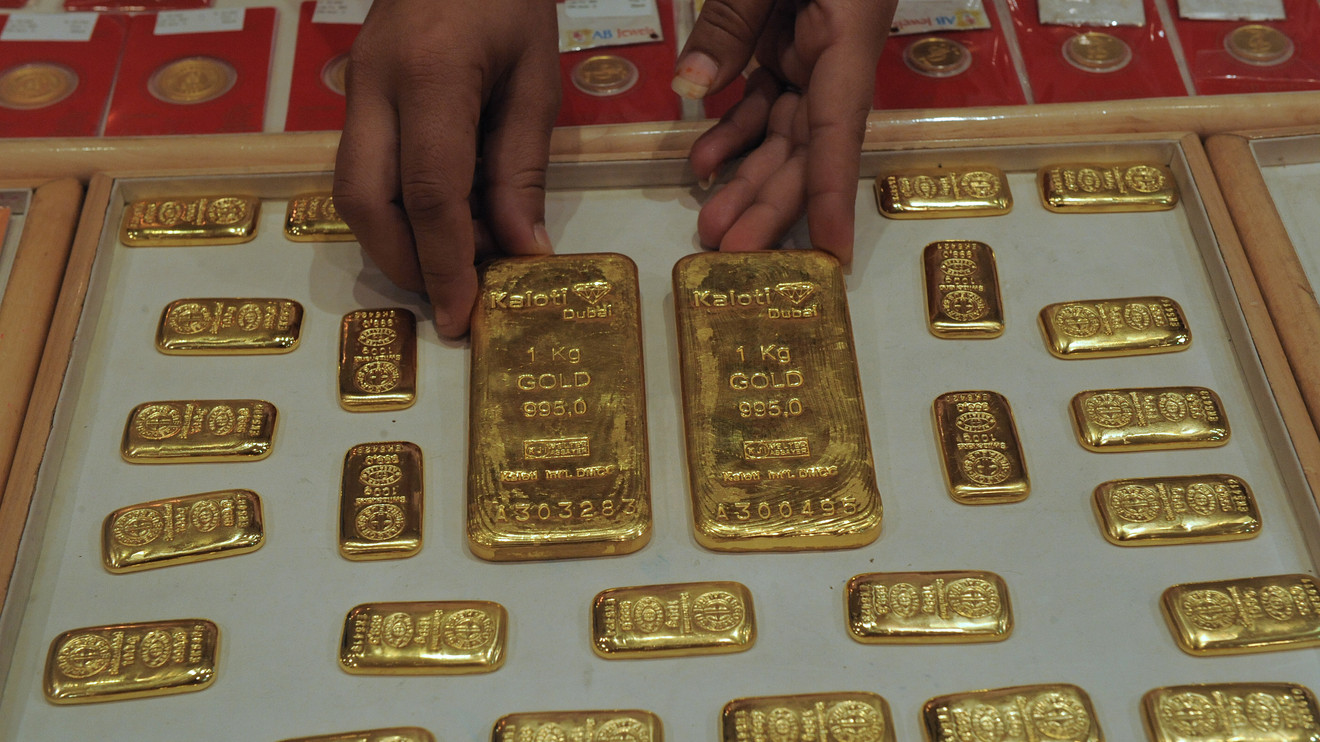 Gold prices on Tuesday finished lower, suffering their fourth loss in five sessions, as upbeat reports from some of the U.S.’s largest banks, muted signs of inflation and continued progress toward a Sino-American trade pact dulled demand for haven-related assets.

“Gold prices are getting dragged down as trade tensions have eased in the short-term and as US earnings season gets off to a great start,” wrote Edward Moya, senior market analyst at Oanda, wrote in a Tuesday research note. “The banks are painting a picture that the U.S. consumer remains strong and that should support fresh record highs with U.S. stocks,” he said.

At least that is the case with the U.S.’s biggest bank, JPMorgan Chase & Co. JPM, +1.17%  and Citigroup Inc. C, +1.56%, which both exceeded analysts’ consensus estimates for profits and sales in the last three months of 2019, helping to bolster optimism that has helped to lift U.S. stocks to records and weighed on gold and government bonds.

Gold for February delivery GCG20, -0.23%  on Comex lost $6, or 0.4%, to settle at $1,544.60 an ounce. For a second straight session, it marked the lowest finish for a most-active contract since Jan. 2, FactSet data show. Prices have now posted declines in four out of the last five sessions.

The consumer-price index rose 0.2% last month, the Labor Department said Tuesday. Economists polled by MarketWatch had forecast a 0.3% advance. Meanwhile, the increase in the cost of living in the past 12 months rose a few ticks to 2.3%, matching the highest level since October 2018. But price pressures more broadly remained largely muted, likely to give the Federal Reserve little cause to lift rates soon.

On the trade-negotiation front, China will pledge to buy $200 billion of US goods over a two-year period in four industries, according to several reports. This includes $75 billion of manufactured goods, $50 billion of energy products, $40 billion of agricultural products, and $40 billion worth of services. The phase one trade deal is expected to be signed Wednesday in Washington.

Looking further ahead, gold prices are likely to “lose steam” this year with haven demand likely to “soften as green shoots begin to emerge across the global economy,” Alexander Kozul-Wright, commodities economist at Capital Economics, wrote in a research note Tuesday. Physical demand in India and China also looks set to ease further as “local-currency prices remain high” and Capital Economics forecasts a “small appreciation of the U.S. dollar, which should lower gold demand,” he said.

Gold will see some support from central bank purchases this year, but that’s not expected to stop gold from falling to $1,400 an ounce by the end of 2020, Kozul-Wright said.